“16 For God so loved the world, that he gave his only begotten Son, that whosoever believeth in him should not perish, but have everlasting life” (KJV).

When you read the above verse what do you think or what do you feel? For me when I read this verse, I get a good feeling knowing that God loves us a lot to give his only son. That is a lot of love. This means his love for us is unchangeable and we must be grateful for this. When you think of love people tend to think of happiness, a strong affection for another coming from personal ties, and assurance of affection. Love is important in everyone's life…it is essential from the beginning to the end. God’s love for us does not mean he will always give us what we are longing for, nothing will come easy for us. But God’s love for us is when he gives us what he believes we need and is beneficial for us.

We sometimes misconstrue God’s love for us because he does not give us what we are asking for. This may often confuse some and can be interpreted as if he does not love us, which could not be further from the truth. When times are hard it seems, he is not there for us when we feel we need him the most. We must always remember God's love is unlike no other and of our love. God’s love goes deeper. His love teaches us and molds us from the inside out making us go through things to help restore and rebuild what has been broken. He is making us stronger and developing us into what we are meant to be. You must see yourself as God’s beloved child who he is constructing to a better person.
Continue to worship and pray. Do not take God's way of loving us wrong. But know he has never forgotten you, his love for you runs deeper than you may know and can only imagine. He will provide you with all that you need if you believe in love, he has for you. God’s love is real. Be blessed! 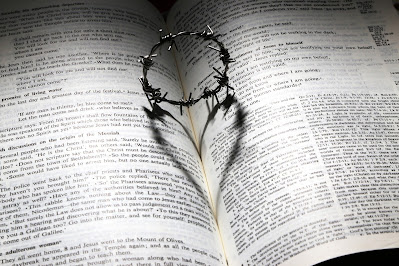 at June 22, 2020 No comments:
Email ThisBlogThis!Share to TwitterShare to FacebookShare to Pinterest
Labels: God\'s Love, Love, Where is he

What’s Your Foundation Built On? 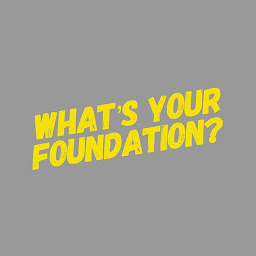 Throughout my life, I know I have lived it basically for the world. My main priority was what others thought of me along with family and co-workers. I focused more on material things more so than anything. This had turned into great exhaustion for me because I was always trying to develop my life based on other people’s thoughts while living for the world. These were things that I knew were impossible for me to accomplish. I found myself stuck in a position that I was longing to leave but instead of praying to God for a change I just focused on other ways to get the promotion. I did not believe that it was utterly possible to get out of that position. It was then when I thought something has got to give, because I may not be going about this the right way. Shortly after this revelation, a client came into my office one day and she told me this is not for me and that God was preparing me for something greater, but it was up to me to decide which way I was going to make this change.

Hearing this made me think about the song by Jekalyn Carr called – “Greater Is Coming”, when I thought of this song I thought of the words she would speak in the beginning and they stuck out like a needle in a haystack. “An olive has to go through three stages, for its oil to run: It has to go through the shaking, the beating, and the pressing. And just like the olive, some of you may have felt like you go through the shaking, the beating, and the pressing. You've gone through all of that for your oil to flow. Now, your greater is coming” (Jekayln Carr). Listening to this song made me think there are stages in my life that I must go through for me to reach where he wants me to be. I have been through some shaking, pressing, and sometimes it felt like a beating, but listening to these words it is nothing but God telling me that I have to go through it to get to it, and my greater is coming. I was attending church, but I was not grasping God's words as I should; I felt as if His words were not reaching me. After carefully pondering over this and thinking about what that client said to me while listening to that song, I knew there was something missing. That something, was me needing more of His word while developing a true understanding of them. I started reading my bible and picking out verses that I was familiar with to further study them. I was reluctant at first because I felt I did not understand what I was reading, but I did the studying anyway, and thank GOD I did. The more I read His word the more I had the feeling of God’s presence. At that moment, I heard God clearly tell me to stop running from Him. To stop focusing on the way of the world when I should be focusing on His word. Although I am still on my journey of getting closer to God, I am going to continue to study His word and reach my “Greater” that is coming.

Looking at Matthew 7:24-27; If we try to focus on what the world has to offer us, like the house on the sand, then things will be unstable and will collapse. This imperfect world is full of sin, and a foundation built on the world will only disappoint us and set us up for failure. We cannot survive on what the world can offer us. However, we can survive on what Jesus can offer us as long as we trust in His word because He is the solid rock in which we should stand on to build our foundation. Problems will come into our lives, but if our focus is on God’s word, His solid rock, we will be able to get through it.
Who or what will you have your focus on? GOD or the World.

at June 04, 2020 No comments:
Email ThisBlogThis!Share to TwitterShare to FacebookShare to Pinterest
Labels: foundation, greater is coming, rock, sand, world 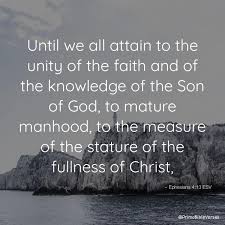 HAPPY🐪DAY, I pray that you may read and receive God's word.  May He be with us throughout our day.

But what is unity?  Unfortunately, many think that unity means “sameness.”  This is not true. Unity is not uniformity.  Instead, unity can be defined as any group of people who are characterized by a shared purpose, vision, or direction.  It’s not about being the exact same, but about advancing toward the same goal.  Think about a football team.  There are different positions on the field.  Each position has different skill sets, roles, and responsibilities.  But all players on the team march toward the same end zone because their goal is the same.  What we must realize is that race has always been a part of God’s plan, but God’s plan also included a way to create unity among the different races.  That plan’s epicenter is Jesus Christ.  I hope you have a GREAT day...I LOVE YOU❤️

at June 03, 2020 No comments:
Email ThisBlogThis!Share to TwitterShare to FacebookShare to Pinterest
Labels: Focus, God, Relationship

Trust in the Lord

GREAT🦁MORNING, I pray that you may read and receive God's word. May He be with us throughout our day.

Remember, "God is working in you, giving you the desire and the power to do what pleases Him" (Philippians 2:13).  I think He’s already given you the desire.  Now He’s going to give you the power too!  He’s going to help you find relationships that will honor Him at the same time they give you more satisfaction and greater fulfillment.  I hope you have an AWESOME day....I LOVE YOU!

“Thy hands have made me and fashioned me: give me understanding, that I may learn thy commandments”. (Psalm 119:73)   As I was reading m...

Allen Chapel
I am a Christian who is embarking on a journey that I feel was created for me. I hope I am able to inspire others with their walk with Christ. I live by Jeremiah 29:11 For I know the plans I have for you," declares the LORD, "plans to prosper you and not to harm you, plans to give you hope and a future. This verse is a way for me to move forward in my life, the journey of getting to know Christ, and being happy in the moment of it all, while providing God’s word to others.